How much faith is needed when we pray? What does Jesus mean when He says, "If you have faith like a grain of mustard seed, you will say to this mountain, ‘Move from here to there,’ and it will move?"

Jesus was summoned by his disciples to meet the needs of a desperate man. The latter had earlier sought the disciples to heal his son who was demon-possessed. But they could not help him (Mark 9:17-29).

Now who wouldn’t be desperate when you have a son who is seized by recurrent episodes of epilepsy since childhood? Sometimes the demon would drive the boy to commit self–destructive acts such as casting himself into fire and water.

The father cried out, “Please have pity and help us if you can!”

Jesus replied, “Why do you say ‘if you can’? Anything is possible for someone who has faith!”

Right away the boy’s father shouted, “I do have faith! Please help me to have even more.”

“I believe; help my unbelief!”

In God’s scheme of working out the miraculous, the order is this: Believe first and then you will see. Believe first. See later. Your feelings will catch up later with your faith.

And when He had come into the house, His disciples asked Him privately, “Why could not we cast him out?” And He said unto them, “This kind can come forth by nothing but by prayer and fasting.”

Notice the parallel passage in Matthew which gives us another perspective:

Then the disciples came to Jesus privately and said, “Why could we not cast it out?” He said to them, “Because of your little faith. For truly, I say to you, if you have faith like a grain of mustard seed, you will say to this mountain, ‘Move from here to there,’ and it will move, and nothing will be impossible for you.” 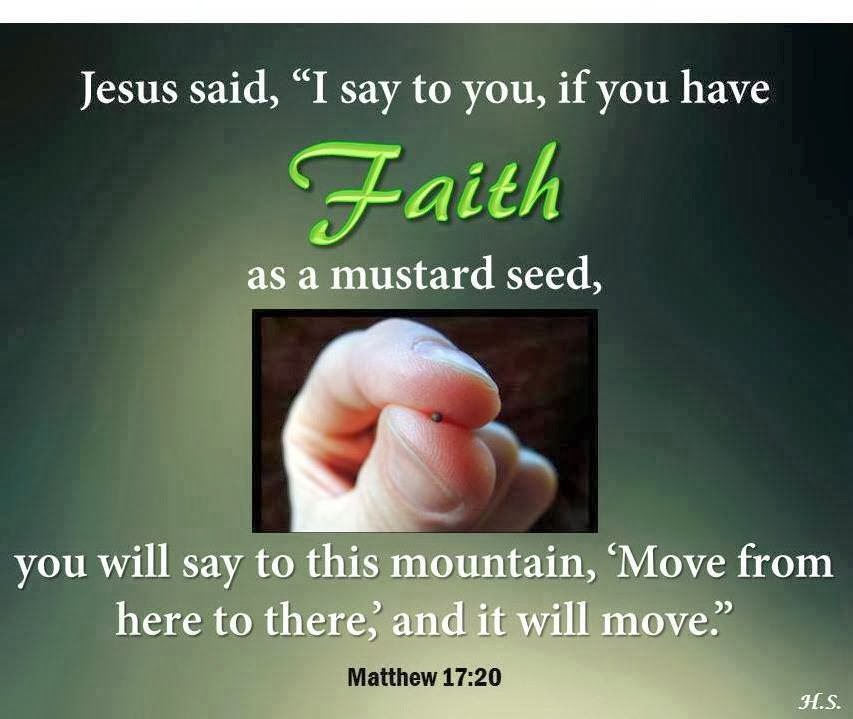 Juxtaposing the above parallel passages in Mark and Matthew, we can infer the following: 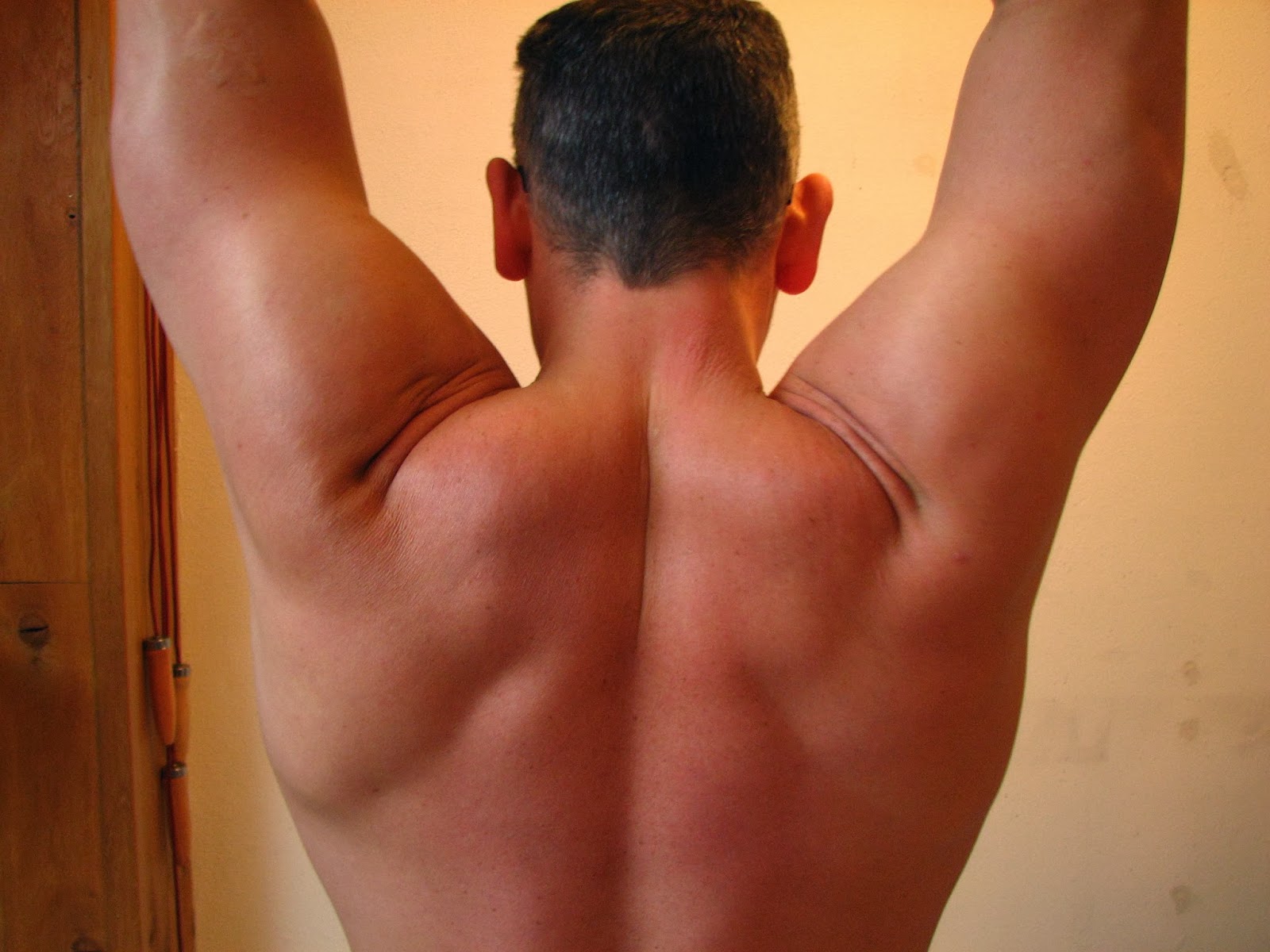 God answers us according to His will and our faith:

“Therefore I tell you, whatever you ask in prayer, believe that you have received it, and it will be yours.”

“If you abide in me, and my words abide in you, ask whatever you wish, and it will be done for you”

“Until now you have asked nothing in my name. Ask, and you will receive, that your joy may be full”

Finally, when we pray, we need to pray with expectancy. Pray believing that what we’re asking for will materialise.

In Acts 12:5, when Peter was imprisoned, the church earnestly prayed for him. But did they pray with expectancy? No. When Peter was miraculously set free from prison and came knocking at the door, only the maid, Rhoda, believed. The believers, despite having prayed from Peter’s release, could not believe that it was Peter at the door. They told the maid, “You are mad. It is his angel” (Acts 12: 15).

If Jesus heard the heart’s cry of the Canaanite woman (Matthew 15:21-28) and that of the centurion (Luke 7:1-10)—both of whom were not in the category of the elect—how will He not hear the cries of His elect?

And will not God grant justice to his chosen ones who cry to him day and night? Will he delay long in helping them? (Luke 18:7).

SETTING THE STAGE FOR MIRACLES

Who doesn’t want miracles? But we have a part to play too. What do we need to do?

Do we have to work out our faith after we have been saved?

Recently, I received an anecdote in my inbox which is really worth sharing.

This beautiful story was written by a doctor who worked in Central Africa.

One night I worked hard to help a mother in the labour ward; but in spite of all we could do, she died, leaving us with a tiny, premature baby and a crying two-year-old daughter. We would have difficulty keeping the baby alive; as we had no incubator (we had no electricity to run an incubator). We also had no special feeding facilities.

Although we lived on the equator, nights were often chilly with treacherous drafts. One student midwife went for the box we had for such babies and the cotton wool that the baby would be wrapped in. Another went to stoke up the fire and fill a hot water bottle. She came back shortly in distress to tell me that in filling the bottle, it had burst (rubber perishes easily in tropical climate). “All right,” I said, “put the baby as near the fire as you safely can, and sleep between the baby and the door to keep it free from drafts. Your job is to keep the baby warm.”

The following noon, as I did most days, I went to have prayers with any of the orphanage children who chose to gather with me. I gave the youngsters various suggestions of things to pray about and told them about the tiny baby. I explained our problem about keeping the baby warm enough, mentioning the hot water bottle, and that the baby could so easily die if it got chills. I also told them of the two-year-old sister, crying because her mother had died. During prayer time, one ten-year-old girl, Ruth, prayed with the usual blunt conciseness of our African children. “Please, God” she prayed, “Send us a hot water bottle today. It'll be no good tomorrow, God, as the baby will be dead, so please send it this afternoon.”

While I gasped inwardly at the audacity of the prayer, she added, “And while You are about it, would You please send a dolly for the little girl so she'll know You really love her?”

As often with children's prayers, I was put on the spot. Could I honestly say “Amen”? I just did not believe that God could do this. Oh, yes, I know that He can do everything; the Bible says so. But there are limits, aren't there? The only way God could answer this particular prayer would be by sending me a parcel from the homeland. I had been in Africa for almost four years at that time, and I had never, ever, received a parcel from home.

Anyway, if anyone did send me a parcel, who would put in a hot water bottle? I lived on the equator!

Halfway through the afternoon, while I was teaching in the nurses' training school, a message was sent that there was a car at my front door. By the time I reached home, the car had gone, but there on the porch was a large 22-pound parcel. I felt tears pricking my eyes. I could not open the parcel alone, so I sent for the orphanage children. Together we pulled off the string, carefully undoing each knot. We folded the paper, taking care not to tear it unduly… excitement was mounting. Some thirty or forty pairs of eyes were focused on the large cardboard box.

From the top, I lifted out brightly-colored, knitted jerseys. Eyes sparkled as I gave them out. Then there were the knitted bandages for the leprosy patients, and the children looked a little bored. Then came a box of mixed raisins and sultanas – that would make a batch of buns for the weekend.

Then, as I put my hand in again, I felt the… could it really be?

I grasped it and pulled it out. Yes, a brand new, rubber hot water bottle. I cried. I had not asked God to send it; I had not truly believed that He could.

Ruth was in the front row of the children. She rushed forward, crying out, “If God has sent the bottle, He must have sent the dolly, too!” Rummaging down to the bottom of the box, she pulled out the small, beautifully-dressed dolly. Her eyes shone! She had never doubted! Looking up at me, she asked, “Can I go over with you and give this dolly to that little girl, so she'll know that Jesus really loves her?”

That parcel had been on the way for five whole months, packed up by my former Sunday school class, whose leader had heard and obeyed God's prompting to send a hot water bottle, even to the equator. And one of the girls had put in a dolly for an African child – five months before, in answer to the believing prayer of a ten-year-old to bring it 'that afternoon'.

When you receive this, say the prayer. That's all you have to do. No strings attached. Just send it on to whomever you want—but do send it on. Prayer is one of the best free gifts we receive. There is no cost, but a lot of rewards. Let's continue praying for one another.

This awesome prayer takes less than a minute.

Where there is pain, give them Thy peace and mercy.

Where there is self-doubting, release a renewed confidence to work through them..

Where there is tiredness or exhaustion, I ask Thee to give them understanding, guidance, and strength.

Where there is fear, reveal Thy love and release to them Thy courage.

Bless their finances, give them greater vision, and raise up leaders and friends to support and encourage them.

Give each of them discernment to recognise the evil forces around them and reveal to them the power they have in Thee to defeat them.

I ask in Christ's name. Amen.

Note: Dr Lim Poh Ann is a medical practitioner. He was the former editor of Asian Beacon magazine (December 2008 – October 2011). He can be reached at his blog, Porridge for the Soul: http://limpohann.blogspot.com/

A Longing for Acceptance

The Seamless Shirt of Jesus